Weighing up to one ton (and sometimes more), bison are the largest land animal in North America. In their historic habitat, known as the Great Bison Belt, they once ranged from Alaska in the north, through the plains of Canada and the US, all the way to Mexico in the south. In the far west, they inhabited Oregon and even the reaches of Northern California. To the east, their range reached almost to the Atlantic Ocean, inhabiting parts of New York, all the way down to Georgia and parts of Florida.

At their peak, it is estimated that bison numbered from 30 to 40 million individuals. They are known as a “keystone species” (meaning they directly impact the environment in which they live). Regarding the plains bison specifically, their foraging for the native grasses that thrive across North American plains and trampling the soil was vital to the ecological cycle. 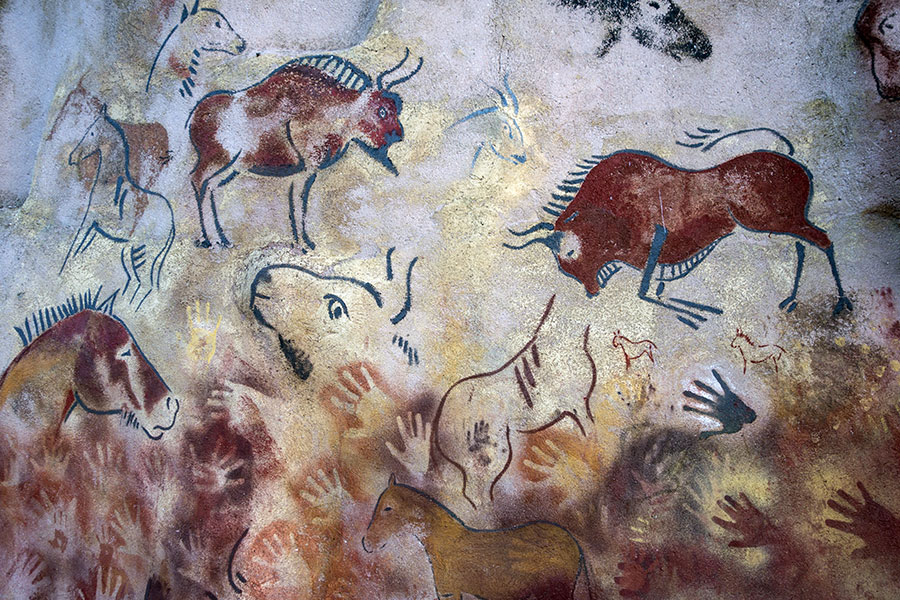 Bison have also had a significant impact whenever interacting with humans. As an essential food source for Native Americans since prehistoric times, the bison became akin to a religious symbol for many groups. As the US expanded and settlers moved west, the herds of bison were so vast that they came to symbolize the seemingly limitless resources of the continent. Their significance continues to this day. In fact, in 2016, the bison became the national mammal of the United States.

In the early days, hunting of the bison took different forms. Groups of Native Americans would herd the bison into corralled enclosures where the hunters could easily strike. Other times, the herd was driven toward rugged cliffs where the bison would meet their end. During this period, the bison hunt was mostly seasonal and dependent on the herd’s movement into the individual tribes’ proximity.

When the first Europeans (Spanish explorers and conquistadors) brought horses to the continent, Native Americans were eager to adopt and master horseback riding. However, it would take several generations until horses made their way to the Plains Indians, where they could be incorporated into the bison hunt.

Now, the Native Americans could range great distances, follow the bison migration, and hunt much more efficiently. In many ways, their survival was directly tied to the bison, which came to represent their way of life on the plains.

In the mid to late 1800s, bison became big business for US interests. Overhunting and mass slaughter for pelts became all too common, with people seeing the bison as a quick way to make a buck. Unfortunately, they became viewed as just another natural resource to be exploited. There were also other, more nefarious reasons for the bison’s demise. Recognizing them as integral to the Native Americans, the bison were often killed to diminish food and resources, thereby forcing the Plains Indians to settle on reservations.

As the bison disappeared, it seemed that an iconic part of the American landscape would be lost forever. Perhaps less than 1000 bison remained. Luckily, thanks to ranchers and early conservationists, a precious few bison were saved, and the species was slowly nurtured back from the brink of extinction.

The modern bison in private and public herds are descendants of those individuals. Today, bison ranchers continue to play an important role. Careful breeding practices preserve the diversity of bison genetics that survived the “bottleneck” of near-extinction in the late 1800s, ensuring that bison will remain a part of our heritage for generations to come.