Scientifically, the term “buffalo” is incorrect for the North American species; its proper Latin name is Bison bison. However, for the general public, common usage has made the term “buffalo” an acceptable synonym for the American bison, and the words are used interchangeably.

However, bison and buffalo are, in fact, distinct species. “Buffalo” is technically referring to Water Buffalo or Cape Buffalo, which are native to Asia and Africa. Bison is the term that’s reserved for the American Bison (as well as its cousin, the European Bison). 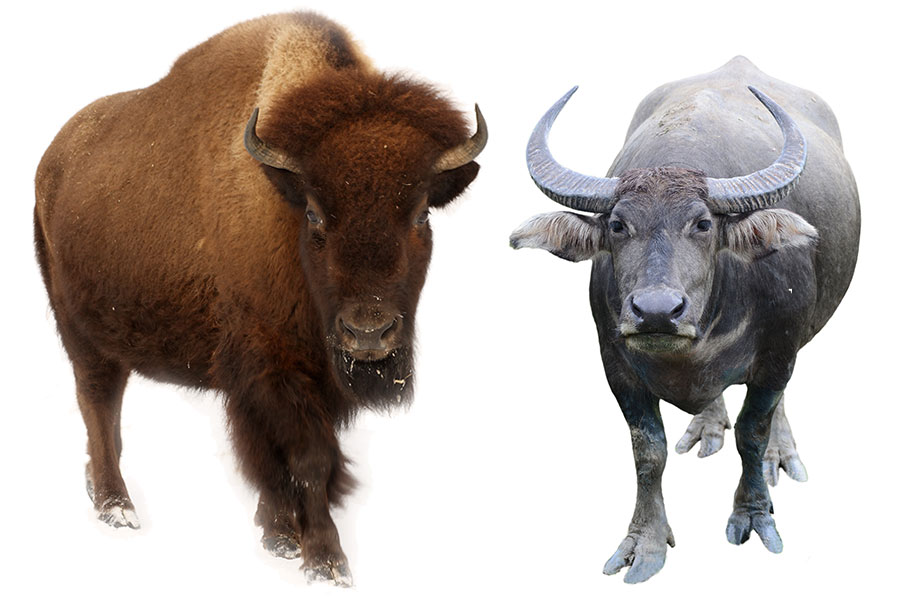 When the first Europeans made it to America, the bison reminded them of the Old World buffalos. This term naturally became the common name for the species we know as bison, a practice that continues to this day. Most people use the terms interchangeably, so don’t worry about the semantics; we’ll definitely understand what you’re talking about!